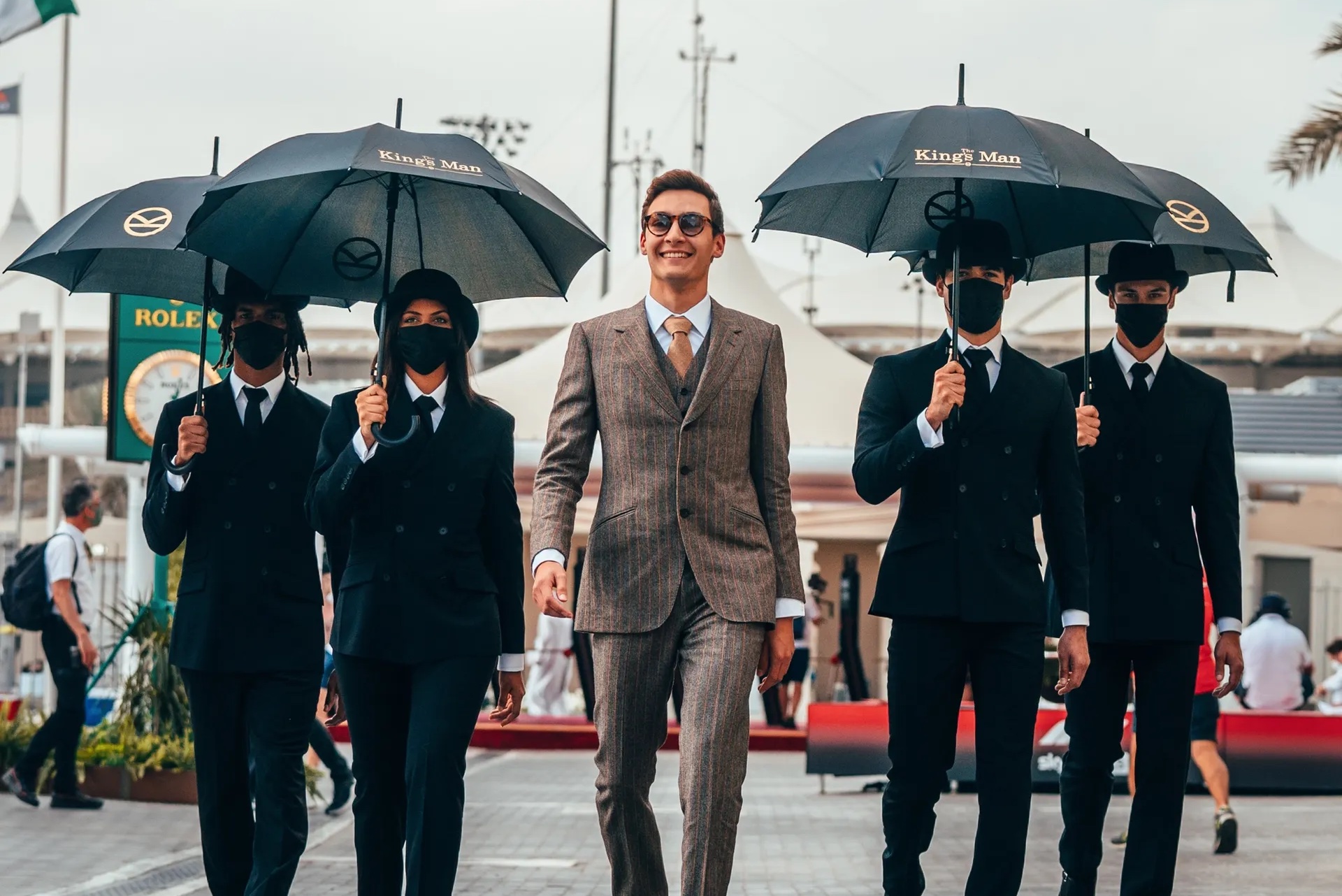 The Abu Dhabi Grand Prix 2021 was eventful for many reasons, but before the cars even took to the circuit, 20th Century Studios’ release of The King’s Man wowed the fans with an audacious stunt in partnership with Williams Racing and their very own King’s Man, George Russell.

The client challenged us to devise a plan that would enable the stunt to cut through the highly competitive noise of the last race of the season. We worked in partnership with the teams from 20th Century, MARV and Williams to develop and execute multiple creatives including photography and social video assets, and to generate PR moments. The campaign garnered widespread praise from the F1 community and drew admiring glances from the other teams further up the paddock. After a strong performance, the champagne moment was an award win for Creative Content of the year at The Race Media Awards.