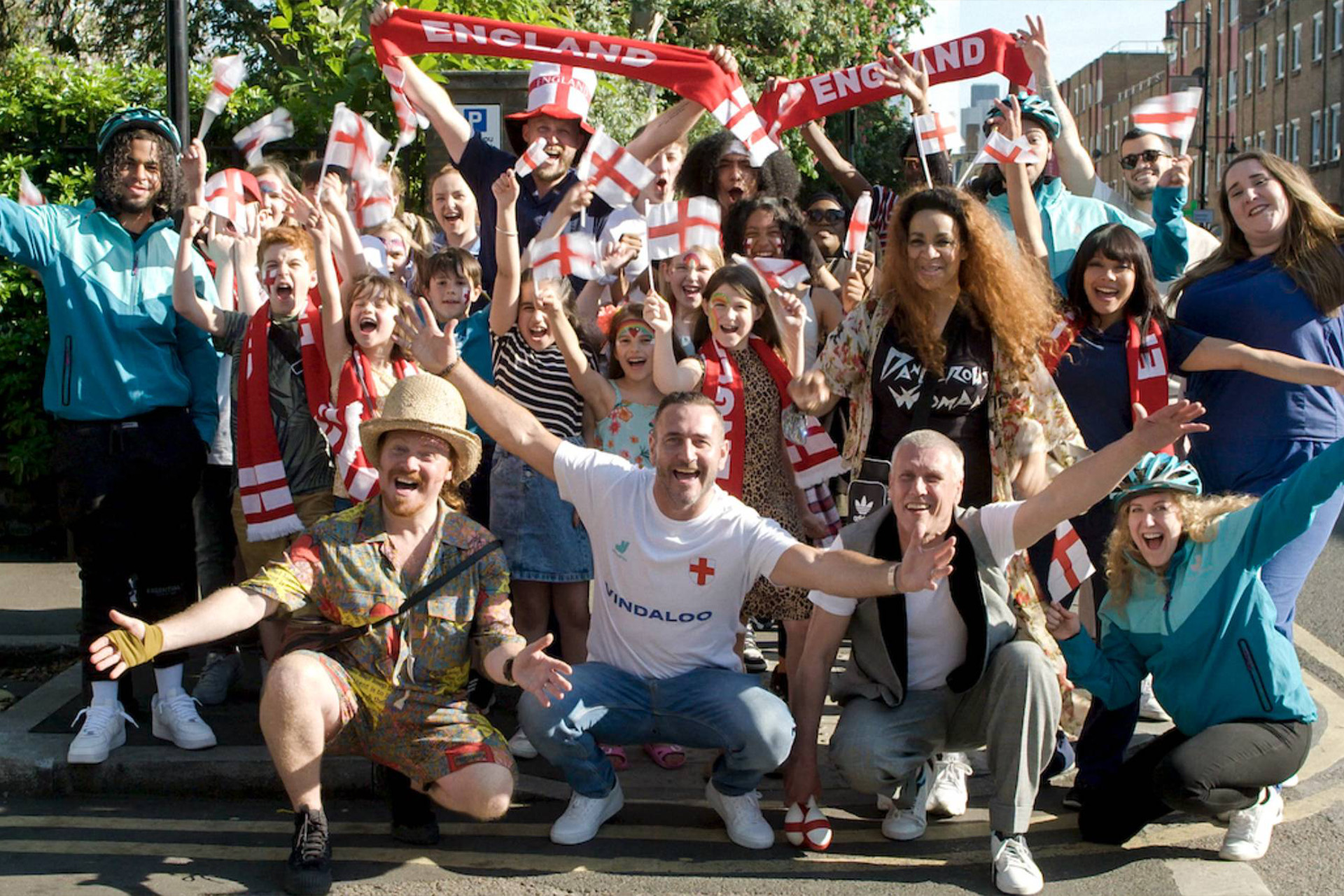 In the build up to Euro 2020, the country was in the midst of the pandemic. The national mood was understandably low and it didn’t feel like fans were getting excited for the tournament, which was being held on English soil for the first time this century. Then the Formidable phone rang and it was actor Will Mellor – one half of our podcast duo. Will had an idea… “I want to re-record Vindaloo and release it to raise money for the NHS charities!” And, with that, Vindaloo 2 was born.

We pulled together the team to record the single in record time. We delivered the entire marketing campaign, partnered with NHS Charities Together, and managed to convince Deliveroo to very generously bankroll the whole shebang. Will and his band of mates who appeared in the song promoted the life out of it all over the media, and even sang it live on stage in Wembley before the England v Germany game.

The whole campaign was a roaring success: it raised loads of dosh to thank the front line workers for their tireless work during the pandemic, and it raised loads of laughs and smiles across the country…”Nah nah nah, nah nah naaah!”